Less than two kilometres from our Olympias mine, Greek Nurseries, S.A.’s 15-hectare site is packed with row upon row of trees, shrubs and grasses. Some 500,000 plants fill greenhouses and seedbeds with spashes of colour and heady scents.  More than 250 different plant species are grown here. 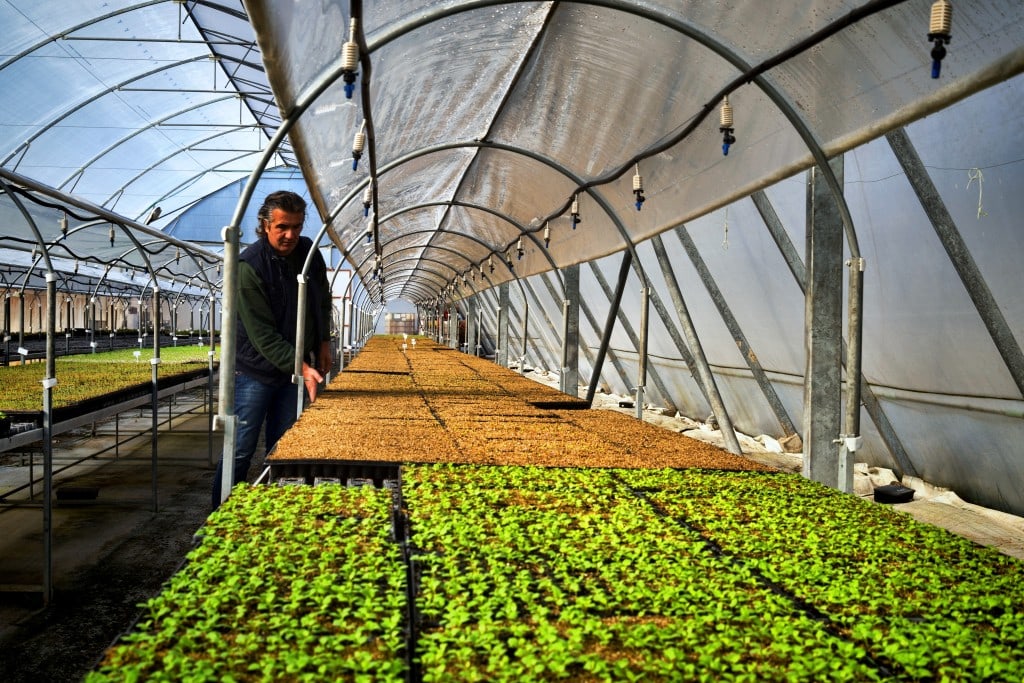 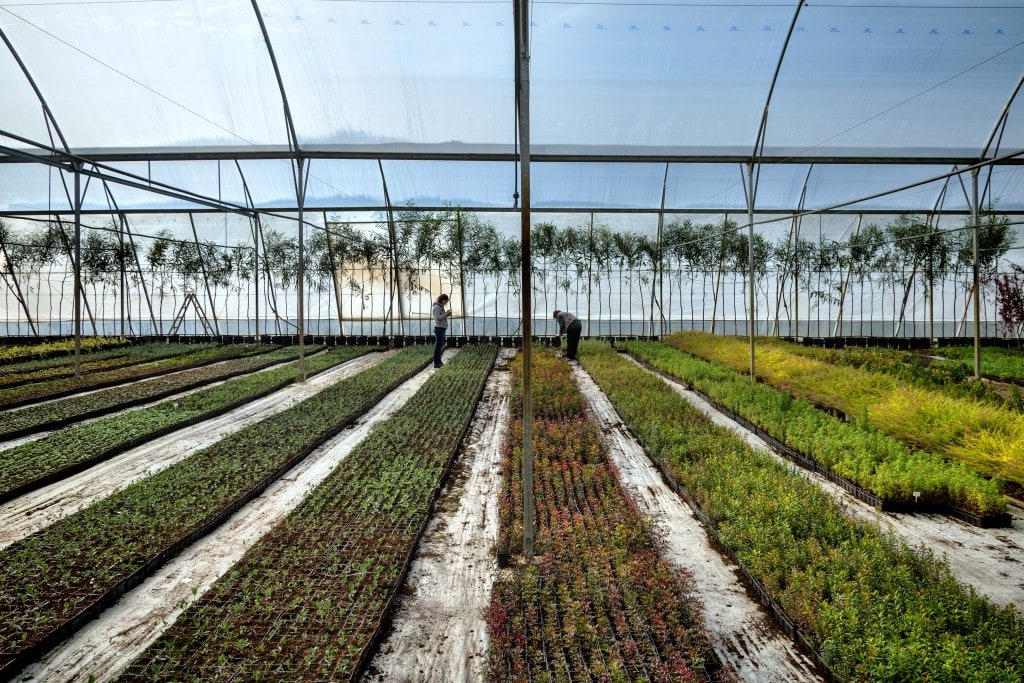 “Creating this nursery was not an easy project” says Apostolos Noutsios, the Greek Nurseries production manager, as he welcomes us into his office.  “Until a few years ago, this area was a mining waste area. Now we grow endemic plants for local rehabilitation, landscaping, and other nurseries.”  A gardener at heart, Apostolos owned his own nursery and worked at a landscaping company before taking the helm at Greek Nurseries.

Grown from the Ground Up

Apostolos is one of the co-founders of the project, which was initially set up in 2008 to meet the landscaping needs of Hellas Gold, our Greek subsidiary and Aktor, our Greek joint venture partner.

“We started with our parent companies as our main customers, but have grown to become a supplier to some of Greece’s largest nurseries. Until recently, they were bringing most of their stock in from abroad – primarily from Italy. That forced us to grow our business model. We added new species and found ways to produce increasingly larger quantities of plants,” explains Apostolos.

Staff has increased too.  The Nursery now has about 10 full-time employees and hires additional seasonal workers as needed.

To make it easier for the new plants to adapt to the local soil and climate conditions, Apostolos and his team grow trees and shrubs using locally collected propagation material (root, stem or leaf clippings, or seeds). Technology is used to ensure optimum growth conditions, from seed collection until the plants reach full size. Plants are watered using water from the mines.

“80 percent of our production comes from seeds. That is exceptionally rare by Greek and international standards, because it’s a difficult task to collect seeds, clean them, store them, and handle them properly to increase their germination rate; the entire process is both difficult and time-consuming. However, it generates much healthier plants. When a plant is grafted, the resulting plant is the same age as the root clipping, whereas seeds produce entirely new plants,” explains Lina Kontou, a silviculturist and agronomist who has worked at the nursery since it first opened.

“Once plants are fully grown and before they are sent to rehabilitate local areas, we toughen them up. We leave them without fertilizer and let them experience some stress so they’re ready for the imperfect growing conditions out there. That’s the most important thing our nursery offers. It would be difficult to find the quantities of plants needed for rehabilitation that have been ‘trained’ specifically for that purpose, on the open market,” adds Apostolos.

More Than Just a Job

The youngest member of the team, Katerina Galani, recently joined after completing her studies in forestry. Working closely with Apostolos and Lina, she has already been involved in all aspects of the nursery. When asked what she loves most about her job, she replies with a smile, “To take pictures of my work at the end of each day. It makes me proud.”

Apostolos, Lina and Katerina all believe this is more than just a job.

“You can lose yourself in the environment. There’s the satisfaction of seeing the seeds sprout and become trees. You don’t feel like you’re an employee,” they explain. “When the project was first launched, we had half the current area and a goal of 300,000 plants. But we made it our own and worked hard, and we’ve achieved a lot. It’s a personal success story for every one of us.”

Check out last week’s post to see a glimpse of the Olympias Nursery in our video.

Learn about Eldorado’s approach to protecting the environment at every stage of the mining life cycle in this infographic.