Self-reliance, adaptability, curiosity and optimism come to mind when Peter Lewis, our VP Exploration describes the attributes of an exploration geologist. “To really enjoy exploration and to excel in it, you have to take on unexpected challenges and roll with the punches. You can go from wearing a suit and tie in the boardroom one day to sleeping on a dirt floor in a different country the next,” he says. “You also have to be somewhat of an unfailing optimist as more often than not drill results can be disappointing.”

Peter’s career in geology has spanned over 25 years and, like many geologists, he was initially attracted to the profession by his passion for spending time and working outdoors. “I was lucky because some of my family members were geo-enthusiasts. Early in my university education I realized that geology fulfilled both my interest in science and desire for a career where I could be paid for being outside.”

Peter initially pursued research and academia as a vocation – earning a Bachelor of Science degree in geology from Stanford University and a Doctorate in geology from UBC. But he got sidetracked by working in mineral exploration and never looked back. “When you’re involved in exploration, you see the direct application of your knowledge to create something- you can test ideas quickly in a way that you can’t doing basic research.”

Peter worked for 15 years as an independent consultant specializing in structural geology but left consulting in 2009 to join Eldorado Gold as its Vice President of Exploration. “I’d worked as a consultant for Eldorado, and I liked the people here and the Company’s mix of exploration projects. Eldorado Gold is an ideal size for an exploration geologist – you have a real opportunity to make a significant contribution that can make a lasting difference for the company, and you can be part of the decision-making process that sees a project through from discovery to completion.”

Peter’s consulting experience allowed him to observe how different companies structure and run their exploration programs, and what factors contribute to exploration success. He drew on this knowledge when building and developing Eldorado Gold’s exploration team. “My vision was to find the middle ground where each regional team has a level of autonomy, but is also part of a larger collaborative group that has many resources to offer,” he says. Currently, Eldorado’s global exploration team is a diverse group of over 60 geologists in six different countries. 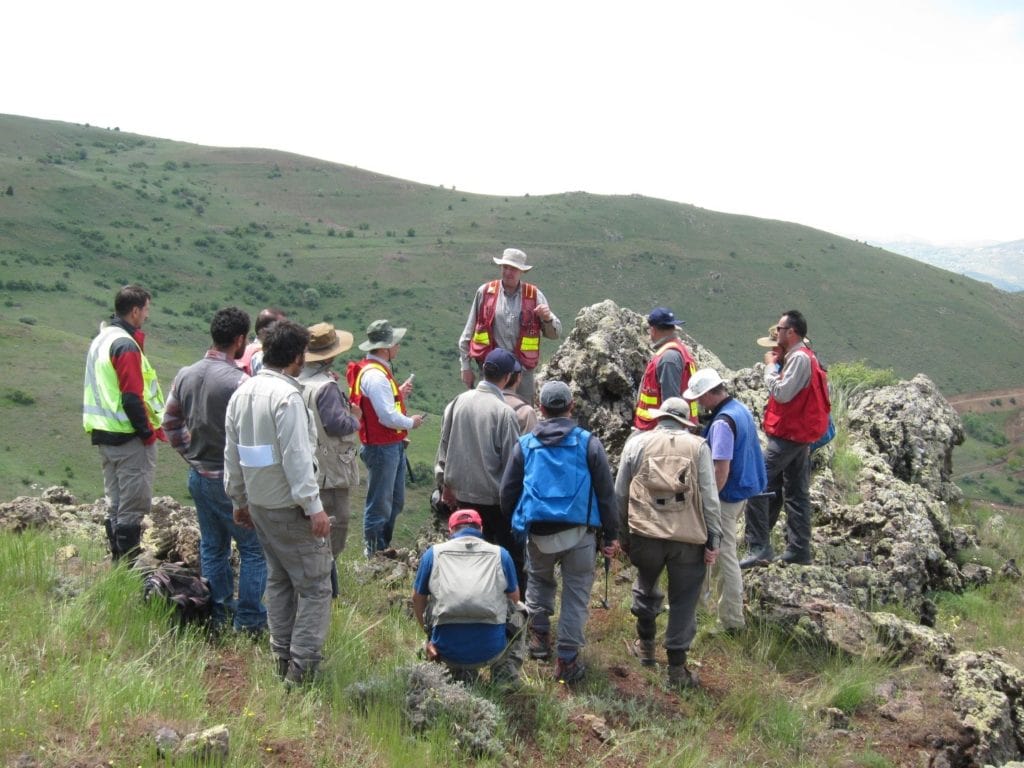 Peter describes exploration as being as much an art as it is a science. “Geology is a science grounded in quantifiable physical and chemical processes, but it requires a creative and artistic view of how things fit together,” he says. “If you understand how rocks respond to deformation, heat and fluids, you can use that information to predict what you’ll find in terms of geological formations and concentrations of gold.”

Peter’s passion for the outdoors fills not only his professional but also personal time. “If I’m not working, I’m probably in the garden or my woodshop. Or I’m hiking, sailing, kayaking or traveling with my family.”